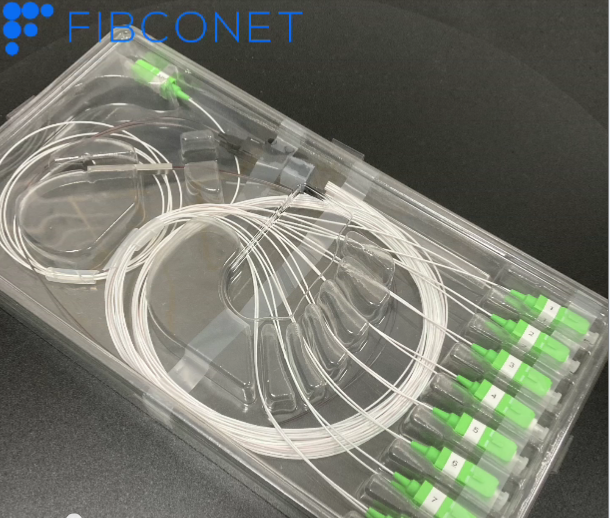 Edge rates above 100Mbps
VR and high-definition video are typical 5G high-bandwidth services. People are usually stationary or moving at a slow speed indoors, and they use ultra-large bandwidth services such as VR and high-definition video with high frequency and a long single time, which requires high wireless network bandwidth. VR will be widely used in sports events, online games, and extreme experiences. For example, in the 2018 Winter Olympics in Pyeongchang, South Korea, the organizers installed 360-degree panoramic cameras in different corners of the stadium to shoot high-frequency video signals through the 5G network Real-time network transmission to the VR area of ​​the auditorium, allowing the audience to immerse themselves in every corner of the arena and enjoy an excellent VR live broadcast experience. fibconet.com

To meet the needs of entry-level VR and 8K HD video, a
100Mbps service rate. Cloud VR images, on the other hand, are rendered on the server side and then transmitted to the wireless terminal, which requires higher mobile network bandwidth and latency. For example, entry-level VR requires 100Mbps bandwidth and 10ms latency, while ultimate VR requires 6.5Gbps bandwidth and 2ms latency. Therefore, only 5G networks can meet the requirements of VR.In large venues (stadiums and convention centers), transportation hubs (airports and high-speed rail stations), university towns (university campuses), and commercial centers (large shopping centers and large business transaction centers), where crowd density is high, VR or high-definition video is used There are many people waiting for large bandwidth services. Based on entry-level VR business estimates, it is estimated that the busy-hour traffic density per unit area will be as high as 2.5Mbps/m2 in 2022, which is equivalent to 250Mbps traffic in an area of ​​100 square meters; if people generally use Cloud VR, the traffic density per unit area will be even higher. high. fibconet.com

how to install fiber fast connector

This article will introduce the basic knowledge of PON, mainly involving OLT, ONT, ONU, ODN, and other basic components and related technologies

Explain the basics of PON in detail: OLT, ONU, ont and ODN

Do you want more professional advice and solutions?

drop us a line and keep in touch how to install fiber fast connector

This article will introduce the basic knowledge of PON, mainly involving OLT, ONT, ONU, ODN, and other basic components and related technologies